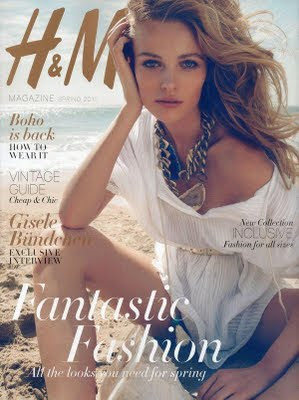 Above: Beautiful Model Edita Vilkeviciute Modeling For The Cover Of H&M Photographed By Camilla Akrans.

The following year, during the spring / summer 2009 season, Edita Vilkeviciute walked over 35 runway shows for some of the world’s top designers, including Chanel, Stella McCartney, and Givenchy. Edita Vilkeviciute then participated again in the 2009 Victoria’s Secret Fashion Show in two sections: the “All Aboard” and “Enchanted Forest” sections. She also participed in the 2010 Victoria’s Secret Fashion Show in the segments “Country Girls” (where she wore ‘Angel’ wings for the first time) as well as “PINK Planet”. The following video allows you to see Victoria’s Secret model Edita Vilkeviciute modeling on the high fashion runways of the world. Get to know a little more about this stunning Lithuanian beauty and see her backstage at Pucci as her makeup artist prepares her all natural and beautiful look! 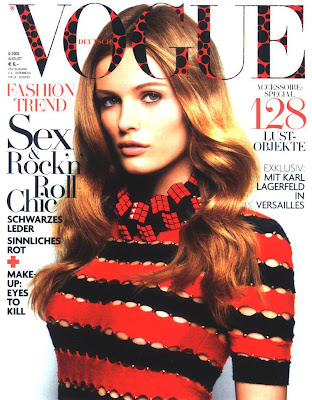