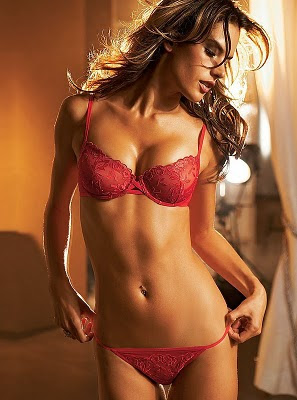 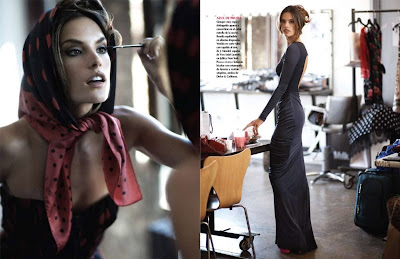 Alessandra Ambrosio was born in Erechim, Brazil. Alessandra Ambrósio was just eight years old when she decided that she wanted to be a model, after seeing a picture of top covergirl Karen Mulder in a magazine: “I wanted to be like her”, she recalls. She enrolled at a modeling class at the age of 12 and at the age of 14 she was one of 20 finalists for an elite modeling competition in Brazil. Alessandra Ambrosio was always insecure about her large ears and at eleven had cosmetic surgery to get her ears pinned back, though two years later she suffered complications. In 2006 she appeared on The Tyra Banks Show and said that the surgery was a bad experience and has discouraged her from ever getting plastic surgery again. 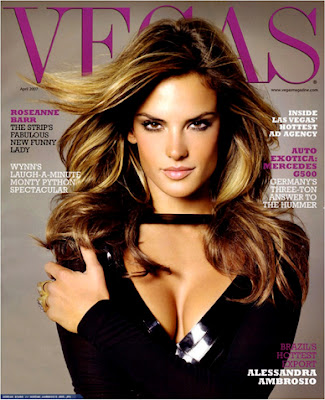 When Alessandra Ambrosio was 12 years old, she enrolled in modeling classes. Winning Brazil’s Elite Model Look started her modeling career. Her first notable modeling job was the cover of Brazilian Elle magazine. Elite passed along some of her Polaroids to Guess which led her booking the Millennium GUESS? campaign along with friend and fellow Brazilian Ana Beatriz Barros.

She has since appeared in advertisements for brands like Revlon, Christian Dior, Giorgio Armani, Hummer, Rolex, Oscar De La Renta, Gucci, Escada, Calvin Klein, Dolce & Gabbana (as seen on the video) and Ralph Lauren, as well as the Pirelli Calendar. She has walked the catwalks for designers such as Prada, Chanel, and Marc Jacobs. She has appeared in numerous international magazine covers, including Cosmopolitan magazine, Elle magazine, GQ magazine, Harper’s Bazaar magazine, Marie Claire magazine, and Vogue magazine, and the only model to appear on the cover of Glamour magazine in the United States in 2006. 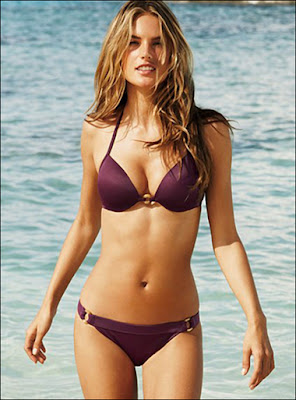 
Alessandra Ambrosio has made several television appearances, notably a cameo as herself on HBO’s Entourage along with Izabel Goulart, Late Night With Conan O’Brien, as guest judge on Heidi Klum’s Project Runway, and The Tyra Banks Show where she was a guest twice. She appeared alongside TV personality Regis Philbin in a worldwide commercial for Hummer. In 2006, she had a cameo on the box-office hit movie, Casino Royale appearing briefly as a tennis girl. Alessandra Ambrosio guest-starred on How I Met Your Mother (episode: “The Yips”) with her fellow Victoria’s Secret Angels Adriana Lima, Selita Ebanks, Marisa Miller, Miranda Kerr, and Heidi Klum. 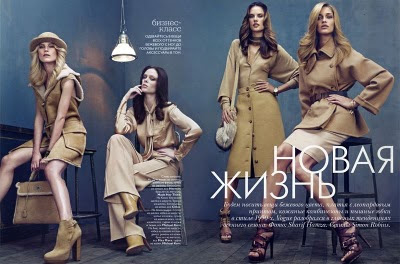 Alessandra Ambrosio’s Victoria’s Secret Angel status has brought her to the public’s attention, often being cited by the popular media as one of the world’s sexiest women. She was chosen as one of People magazine’s annual “100 Most Beautiful People in the World” in May 2007, along with fellow Victoria’s Secret Angels. Alessandra Ambrosio is among the world’s top-earning models (see our other articles to find out how many millions of dollars per year she makes modeling). When Alessandra Ambrosio first came to New York, Gisele Bundchen lent her apartment for two weeks and Adriana Lima helped her translate English. She described her typical week as jetsetting from one country to another for photo shoots and in between she has some phone interviews. She still visits her family in Brazil regularly and calls Erechim, Brazil her favorite place in the world and having traveled the world has not yet convinced her otherwise.

She is very conscious of her figure and works out with her Brazilian trainer doing the Brazilian Butt Lift, which is a mix of samba, capoeira, and aerobics. Alessandra Ambrosio’s best friend is fellow Brazilian model Ana Beatriz Barros. On August 24, 2008, Ambrosio and her fiancé, California businessman Jamie Mazur, had their first child, a daughter named Anja Louise Ambrosio Mazur, in Florianopolis, Brazil. Alessandra Ambrosio is represented by multiple modeling agencies throughout the world. 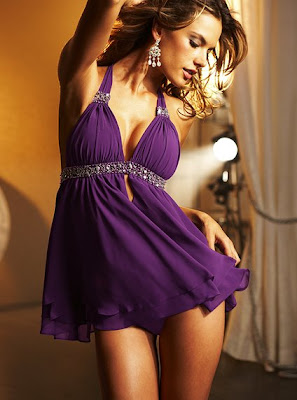